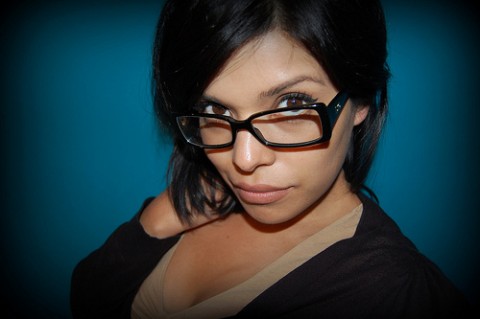 When I graduated from college, I worked for one of the Big 4 consulting firms.Â  From the day we started, we were told that our ultimate goal was to go on to business school and hopefully rejoin the firm.Â  Based on my personal observations, there was not a single consultant, of those who applied, who had any trouble getting into at least one of the top ten schools.Â  Now obviously, this is a small sample set to draw conclusions from (only about 18-20 people), but it got me thinking about how valuable having a reputable consulting firm on your resume was in the overall application process.

Most admissions directors and admissions consultants will tell you that it simply doesnâ€™t matter.Â  That schools seek a diverse admissions pool from all industries.Â  And even if you were a consultant, you would need to work hard to distinguish yourself from all the other consultants.Â  While this may be their intent, I still think thereâ€™s reason to believe consultants get a slight edge over other applicants.

Letâ€™s assume for a moment that the three major factors affecting your chances ofÂ admission are:

If youâ€™re a consultant, you probably already have two of the three.Â  You probably wouldnâ€™t have gotten into consulting without good grades and given the project oriented nature of the industry, itâ€™s likely that at least some of your projects were unique or interesting.Â  I think this is the key difference between a consulting applicant and a non-consulting applicant.Â  For consultants, you apply as if you already have two pieces in the bag.Â  You just focus on improving your GMAT score, which is the easiest of the three components to change.Â  Non consulting applicants have a greater need to focus on one of the other two, grades or employment history, which are obviously much more difficult to change.

The fact that consultants start thinking about an MBA earlier should not be underestimated.Â  Getting a head start on the GMAT, asking for recommendations, or writing your essays early can be the difference between getting into a school and being rejected.Â  Itâ€™s almost as if it becomes part of their DNA when they start.Â  â€œYou will work here for 3 â€“ 4 years.Â  Then you will go to business school.â€Â  Consulting firms alsoÂ tend to be much more supportive of an associateâ€™s MBA desires compared to other industry positions where they may prefer that you stay at the company forever.

Additionally, one compelling issue is the statistical trend of job placements after an MBA program.Â  While it varies across schools, by in large, MBA graduates as a whole choose to go into consulting more than any other field.Â  If you think of business schools as investors who picked their candidates like they picked stocks, the ones with consulting experience already would, at a surface level, be the least risky.Â  A Top Business School wouldnâ€™t admit you if they didnâ€™t think you could succeed.Â  Maybe the consulting background acts as extra insurance?

If this were true, it would almost imply that business schools are more interested in riding the coattails of candidates who are already successful rather than turning their admits into success stories.Â  That they care more about the salaries of their graduates than the diversity of their students.Â  But to be honest, I really doubt that is true.Â  I can tell you from an insiderâ€™s perspective that, being a consultant does not necessarily equate to being a success.

Does my former consulting background make me complacent about my applications?Â  Absolutely not. Â All my fellow consulting applicants worked their tails off during the admissions season and I intend to do the same. Â And given how the market has performed in the past two years, I refuse to take anything for granted these days.Â  During my applications, Iâ€™m going to assume that consultants get no advantage whatsoever.Â  While I value my consulting experience for what I learned from it, I know I have so much more to offer than a vague job description.

1 thought on “Do Consultants Have an Edge When Applying to Business School?”